Jose Mourinho, the manager of Roma, is a candidate to succeed Fernando Santos as manager of Portugal, after the Euro 2016 champion was fired for failing to win the country’s first World Cup.

The Roma boss has been linked with the Portugal job after Fernando Santos was relieved of his duties for failing to win the World Cup – losing to Morocco in the quarter-finals. Mourinho has previously expressed an interest in managing the national side.

Zaniolo, 23, is arguably Roma’s best player. The attacking midfielder has been a regular under Mourinho since recovering from back-to-back cruciate knee ligament injuries. He was named as Serie A’s Best Young Player during the 2018/19 season – before those injuries. 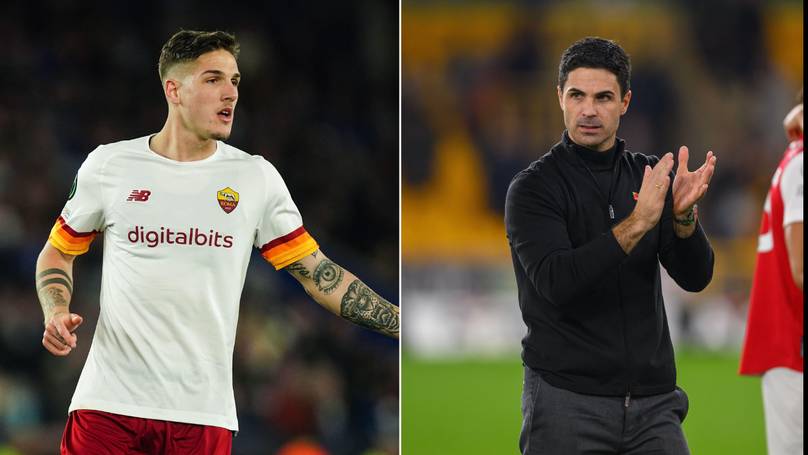 As reported by Roma Giallorossa, Arsenal have enquired about Zaniolo’s availability amid the uncertainty surrounding Mourinho’s future. Manchester United, Tottenham and Serie A leaders Napoli are also believed to be interested in signing the Italy international.

Zaniolo has 18 months remaining on his contract, meaning Roma could be forced to sell him if he enters the final year of his deal in the summer. It’s claimed the player wants to renew his contract and remain a Roma player, yet his wage demands could be problematic.

Jose Mourinho is in the running for the Portugal job ( Image: Tullio Puglia – UEFA/UEFA via Getty Images)

Who do you think Arsenal should sign in the January transfer window? Let us know in the comments below!

It’s believed Arsenal nor their rivals for Zaniolo’s signature have made an offer to sign him in January. A transfer in the summer is more likely for the Gunners due to their desire to sign Ukraine international Mykhaylo Mudryk, 21, from Shakhtar Donetsk in January.

Mourinho, meanwhile, was mobbed by reporters after landing in Portugal for a training camp with Roma on Friday. The former Chelsea, Man Utd and Tottenham manager is among the favourites to land the Portugal job after Santos’ departure.

Mourinho is arguably the greatest Portuguese coach of all time after winning eight league titles in four different countries and two Champions Leagues. He is the only manager in history to win the Champions League, Europa League and Europa Conference League.

He has experienced working under the likes of Sir Bobby Robson and Louis van Gaal as an assistant manager, and he’s coached some of the greatest players of the 21st century – including Eden Hazard, Frank Lampard and Portugal’s captain Cristiano Ronaldo.

Speaking to Yahoo in 2014, Mourinho admitted that he wanted to finish his managerial career with Portugal. At 59, there’s every chance the time has come for the successful coach to start a long-term project with a national team.