Heart-wrenching footage shows a mother sea lion shedding tears as she grieves the death of her pup.

The video captures the mammal howling and writhing around as the dead baby lies next to her on the beach in San Diego.

The pup is believed to have been born prematurely earlier this week. 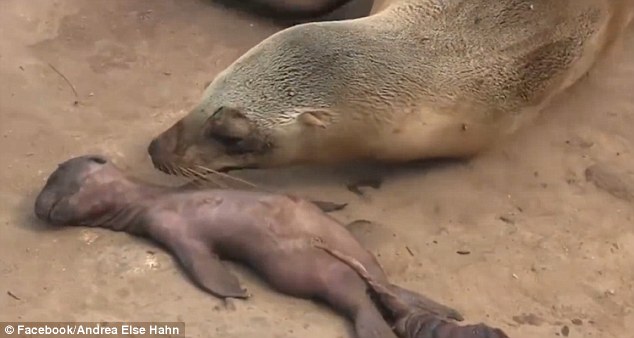 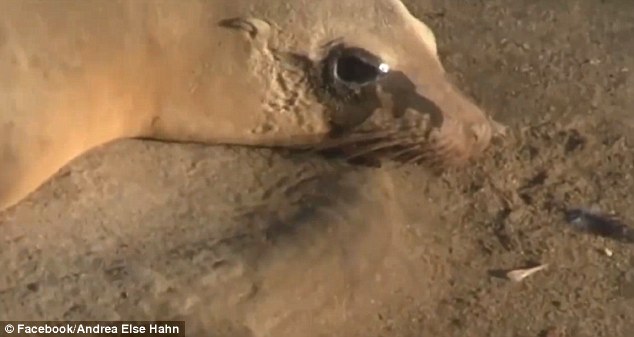 In the footage, the mother can be seen nuzzling her baby, before lying on top of it in a desperate attempt to try and revive it.

A close-up shows her face wet with tears as she cries over her child.

Wildlife campaigner Andrea Else Hahn, who filmed the video, returned to the beach the next day to find that the mother had remained with her baby overnight.

‘All I can do is to draw attention to this, sweetheart.’

The video, which was shared on Facebook, has been watched more than 800,000 times so far.

The post reads: ‘We humans have a tendency to think that we are the only animal who grieves the loss of a son or daughter.

‘This heartbreaking video, showing a sea lion who lost her baby, should be a waking call to us all.’ 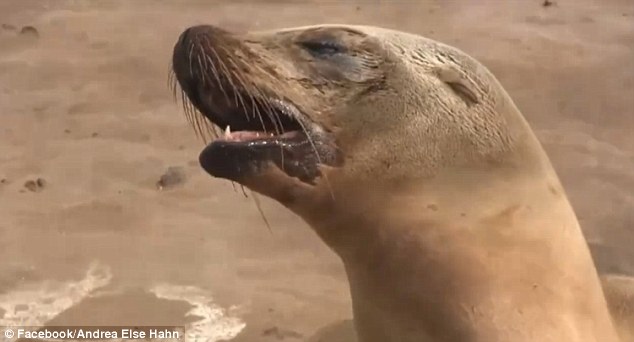 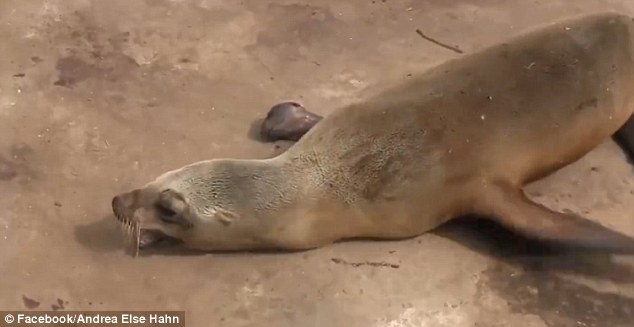 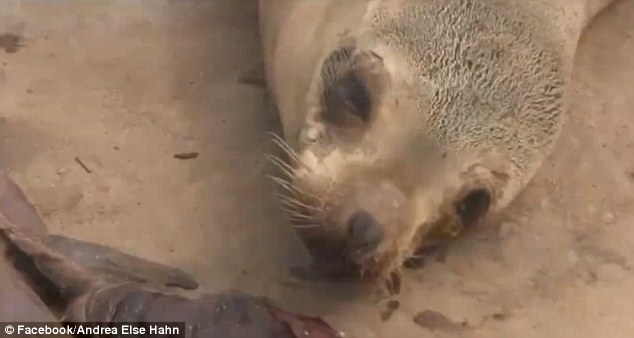