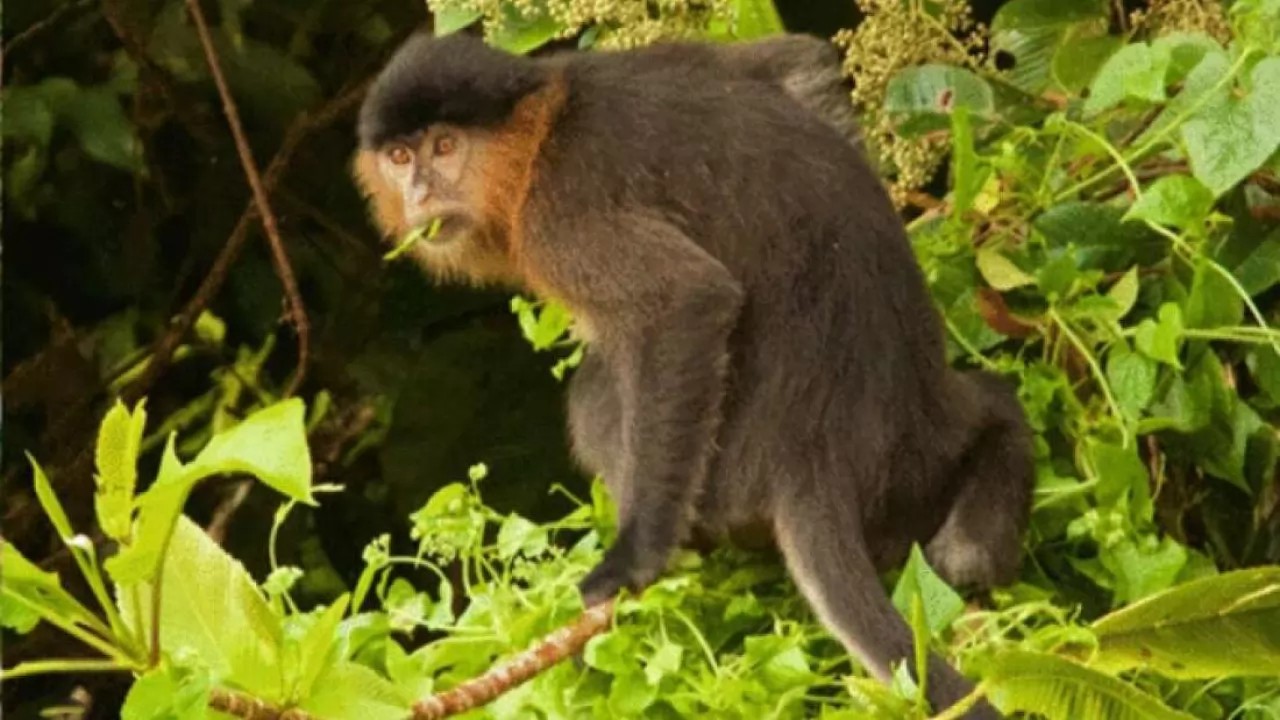 An unidentified monkey spotted in the Malaysian part of Borneo is a rare hybrid between a proboscis monkey (Nasalis larvatus) and a silvery langur (Trachypithecus cristatus) – two different monkey species that share habitat and are actually competing for shrinking forest space, a new study published in the International Journal of Primatology says.

Hybrid animals sometimes occur in the wild too, but the phenomenon is hardly ever seen between animals so distantly related. Evidence for the two species’ crossbreeding includes photos of cross-species mating, as well as an adult female hybrid who is believed to have offspring of her own. The latter specimen was originally photographed as a juvenile, but according to some more recent photos, she is now an adult and may have an infant of her own.

“She appeared to be nursing a baby,” study co-author Nadine Ruppert, a primatologist at the Science University of Malaysia, told Live Science. “We were all in awe, it was quite surreal.”